The Office of
THIERRY W DESPONT
Chevalier de la Légion d’honneur, Mr. Despont is the world’s foremost designer of extraordinary restorations, opulent private estates, and legendary hotels, including work at the Getty Center, The Carlyle New York, The Ritz Paris, and Claridge's London. The associate architect for the restoration of the Statue of Liberty, Mr. Despont is inspired by the opportunity to be involved with the restoration of another monumental New York landmark. 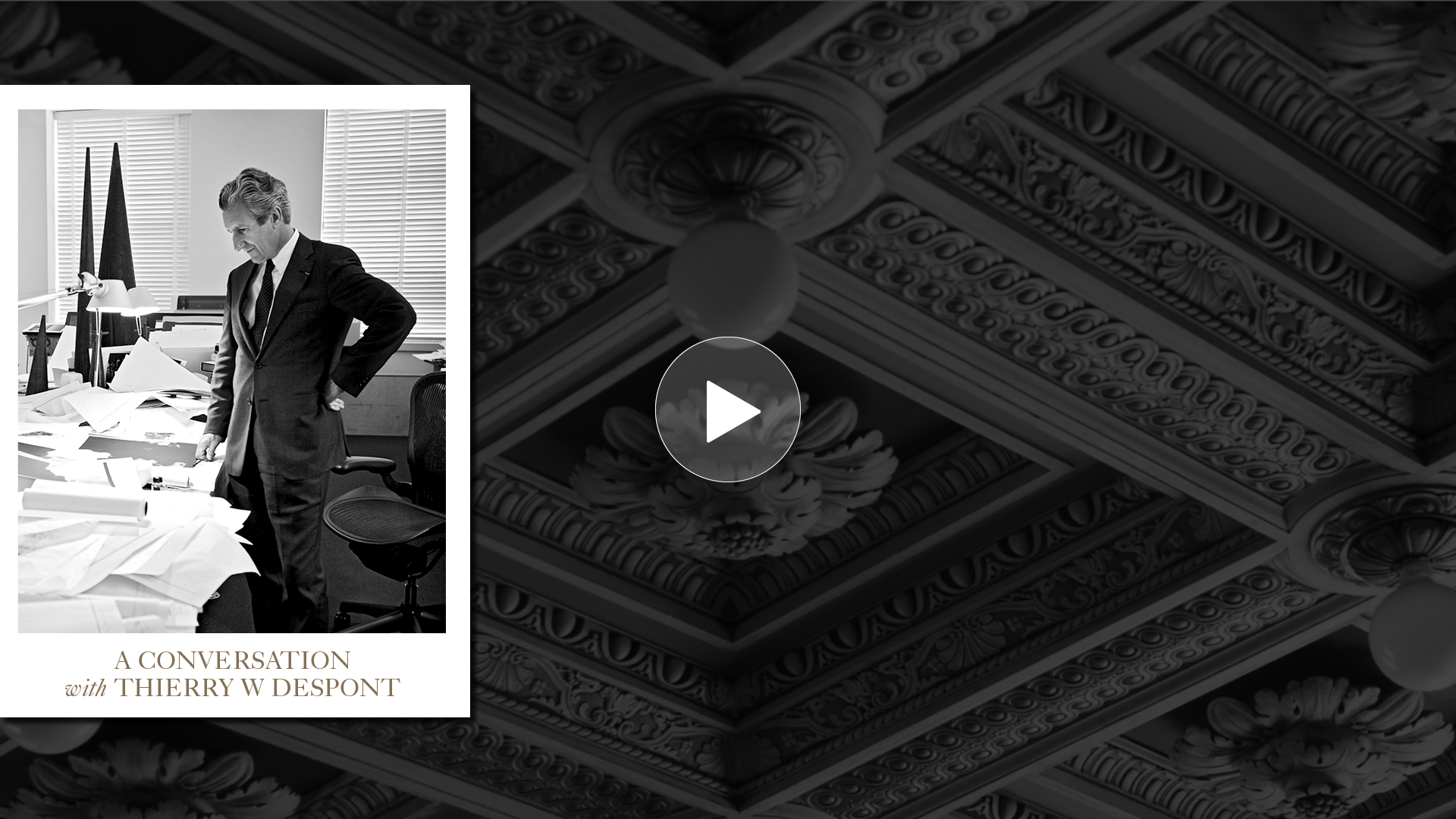 CASS GILBERT
Cass Gilbert, the original architect of the Woolworth Building, was the primary inspiration for The Office of Thierry W Despont’s landmark reinvention. Few architects have left as dramatic a mark on New York City as Gilbert. Trained at MIT in the principles of the Parisian École des Beaux-Arts, he was an early proponent of the American skyscraper. Frank W. Woolworth's commission gave Gilbert the opportunity to develop his principles and ideals on a monumental scale.
"An artistic creation of the highest order."
The American Institute of Architects
Frank W. Woolworth
Innovator.
Visionary.
Leader.

An indomitable team that would change the skyline of New York City, Frank Winfield Woolworth was a retail pioneer; by 1910, just thirty-one years after his first five and dime store opened, he was a mogul, looking to build a trophy headquarters building at one of the most prominent corners in downtown New York.

Cass Gilbert was a master craftsman who was always up for a challenge. Trained at M.I.T. in the principles of the Parisian École des Beaux-Arts, he was an early proponent of the American Skyscraper. F.W. Woolworth’s commission gave Gilbert the opportunity to develop his principles and ideals on a monumental scale.

April 24, 1913: Official Opening, President Woodrow Wilson turns on the buildings's lights with the push of a button in Washington, D.C.

April 27, 1913: The New York Times creates the moniker, "Cathedral of Commerce" given its resemblance to European Gothic church design.

1949: Featured prominently in the Academy Award-winning film 'On The Town'.

Master Builders
From the draftsmanship of Cass Gilbert, and his hundreds upon hundreds of detailed drawings, to the craftsmanship of the people who hand-set the terra cotta elements in the hazardous heights, The Woolworth Building was an engineering triumph.
40,000
sqft

of gold foil was used on the top of The Woolworth

"How high can you make the tower?"

April 1910
What started as grand became monumental.
July 1910
The daring construction was chronicled and celebrated throughout the world.
November 1912
Originally designed to be four hundred and twenty feet, the building was eventually elevated to seven hundred and ninety two feet (two hundred and forty one meters).
Sculpture in the Sky

A popular tourist attraction since it's opening in 1913, sightseers flocked to the fifty-seventh floor observation deck. The view was so extraordinary that the United States Navy ordered the observation deck closed as it allowed visitors too clear of a view. It is now a private amenity for the pinnacle penthouse.

"The detail of craftsmanship in the terra cotta ornamentation is extraordinary, it is one of my favorite features of the building."

The Woolworth Building was the talk of the city upon completion. It was given the nomenclature "The Cathedral of Commerce" since the glazed terra cotta panels and strongly articulated piers resembled the gothic churches prevalent in Europe.

An Elevated Vision
of Beaux-Arts

Cass Gilbert's accomplishment was a synthesis of European and American influences. While the proportions and symmetry are rooted in Beaux-Arts principles, the scale reflects the new ideal of the American skyscraper.